We all use maple syrup on pancakes and breakfast cereal. It’s also a neat way to add a little sweetness to any recipe. But, did you know maple syrup can be refined to produce other products? From candy to beer and even soaps, maple syrup can go into making any product sweeter.

Canada could stand to get more out of the maple syrup that it produces each year. Here are some of the many interesting products made from maple syrup. 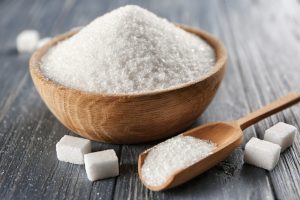 The First Nation’s population refined maple syrup into sugar. They did it by boiling the syrup until all the water was gone, leaving a granular substance. This made the product lighter to carry and extended its shelf life. The process of producing maple sugar has evolved since then. However, doing it at home is tricky because maple syrup can ignite after water is gone.

Craft brewers will make their beer out of anything, including maple syrup. However, the maple syrup doesn’t make the beer sweeter than other beers. It only adds hints of maple into the beverage. This is because the yeast will consume all the sugar leaving only the flavour. However, this product remains unreachable to the masses because it’s quite expensive to produce.

Maple syrup is added into a block of soap to enhance its moisturizing effects. The syrup also adds a sweet scent to the products. It also goes well in shampoos and hand wash. Some manufacturers use artificial fragrances, so please check to ensure your product is made from the authentic stuff.

This could be by far the most Canadian drink of them all. It’s made by adding maple syrup into premium Canadian whisky. However, this product is quite rare and can only be found in speciality shops or ordered directly from the distiller. However, more distilleries are playing around with this concept, so might soon see more maple-flavoured liquor on our shelves.