Maple syrup can come from red maple, black maple, sugar maple tree, or any other maple species that produces the sap. When it comes to choosing maple syrup, people have different opinions. Some believe that they have different colours, nutritional values, and flavours. It does not matter which view you have, make sure you know everything about the sap. 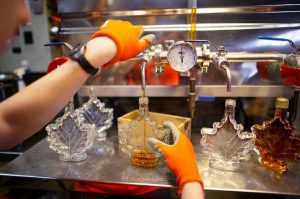 Products Made From Maple Syrup

Canada is the largest producer in the world. So, it means that they also produce maple syrup products. Once these products are made, they undergo processes, such as the following:

Basically, there are many products from maple syrup. Some of them are used at homes, such as the following:

There is no doubt that maple syrup is one of the ingredients that you may use to prepare various meals in your home kitchen. Some of these dishes are made in restaurants too. There are a lot of recipes that you may prepare using this sap, such as the following:

Maple syrup production is a necessary process. People use the syrup to make a lot of things, such as candies, while others use it as an ingredient in preparing cinnamon pancakes. So, it’s an essential extract not only in Canada but also in other countries.